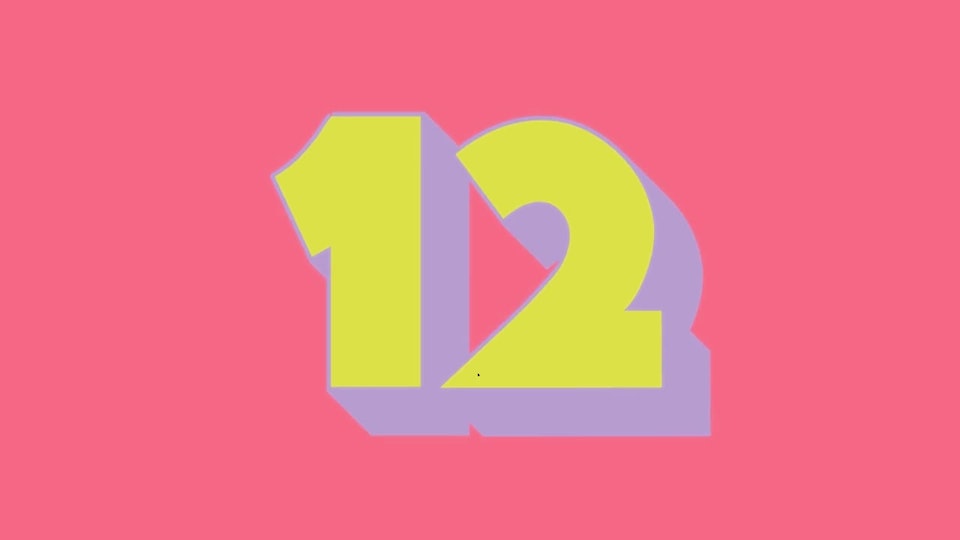 Animography Monthly is a monthly recurring animation project to explore the use of animated typefaces.

With great pleasure, I accepted the invitation to work on the fourth issue, titled 'Twelve'.

For Twelve, I chose the Lasio type. As a starting point, I took the famous 'Pinball Number Count' for visual and musical reference. It was produced by Sesame Street in 1976. My idea was using the music and try to capture the vibe of the piece and that era. I then started to include some other references from the 70's and finally came with this little freestyle piece.

The animated typeface in this animation is available on Animography.net